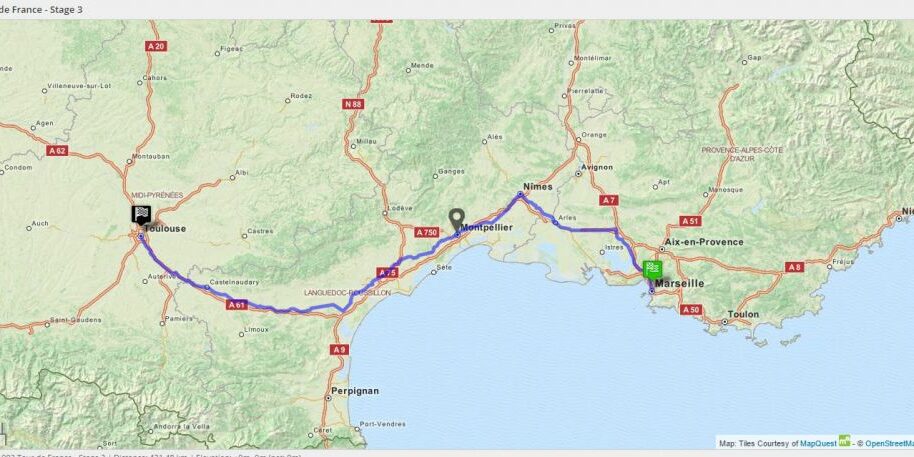 1903 Tour de France – Stage 3. The race was started in 2 groups. Those who competed for the GC left 1 hour before 5 riders who competed for the stage only.Â HippolyteÂ Aucouturier started in the second bunch. Eugene Brange won the sprint from the first group but Aucouturier arrived just 27 minutes later and was declared the winner. Second placedÂ LÃ©onÂ Georget suffered from diarrhea and lost 1 hour 52 minutes to Garin.

This is said to have been the hardest stage due to the terrible roads, strong winds and very hot sun.