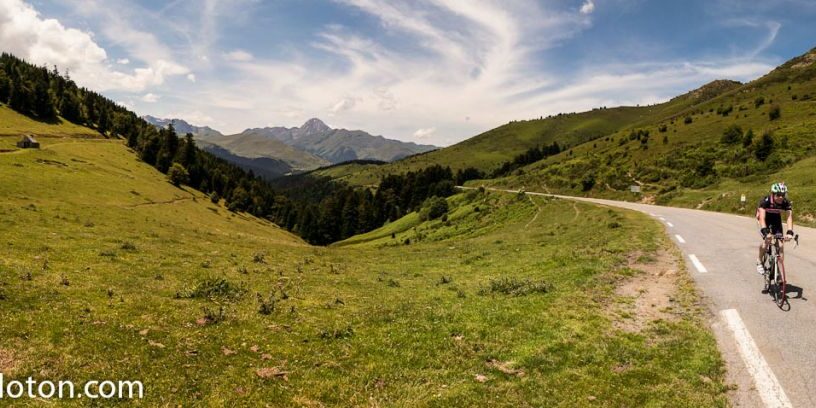 Col dâ€™Aspin is a Cat 1 climb in Hautes Pyrenees. The summit is 1489 metres altitude. It connects Sainte-Marie-de-Campan, in the upper Adour valley to the west, with Arreau, on the River Neste into Aure Valley to the east. Col dâ€™Aspin has a big reputation and is one of the better known climbs of Le Tour de France. However it reputation is far greater than it merits. It has appeared in Tour de France over 70 times since 1910, itâ€™s reputation is largely gained from itâ€™s giant neighbour, Col du Tourmalet. If Tour de France crosses Tourmalet is usually has to cross Aspin also. In recent years the organisers of Le Tour have discovered a new climb La Hourquette dâ€™Ancizan, which runs parallel to Col dâ€™Aspin and is more difficult. For me it is a climb worth doing if you happen to be there, but itâ€™s not worth going to do. All that being said, there is a wonderful view from the summit in both directions. 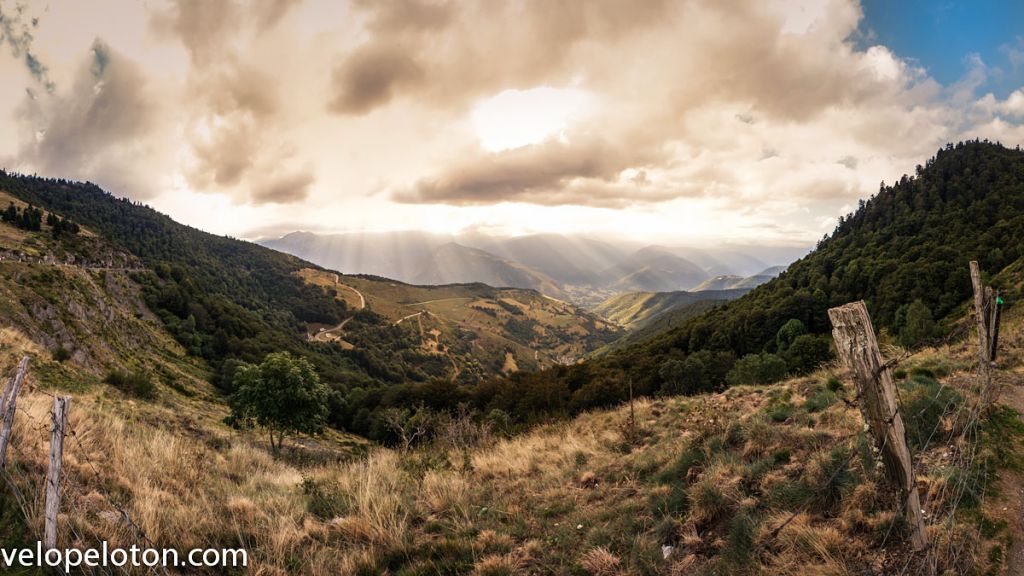 Col dâ€™Aspin, view to the east.

Cat 2 from Sainte-Marie-de-Campan (west), the ascent is 12.8 km @ 5% gaining 642 metres in height. The last 5km average almost 7.5%. Road D918.
This is the easier side with the real climbing only starting at payolle (1100m) 5km from the summit. From there it is very nice climb through the forest. The first seven kilometres of the climb have little difficulty, there is one kilometre @ 6% starting at 8 km from the summit. But after passing the ski station at Payolle (1100m) it kicks up dramatically with one kilometre averaging 10%. From there to the summit is much more difficult with a winding ascent in a coniferous forest and an average of 7.5% for the remainder of the climb. The final kilometre is 6.5% and the mountains opens up to pastureland land. There are always lots of cattle up here so watch out for any bovine biological hazards on the road and keep a minimum of 3 metres distance from them. You should double that for any cows with calves. 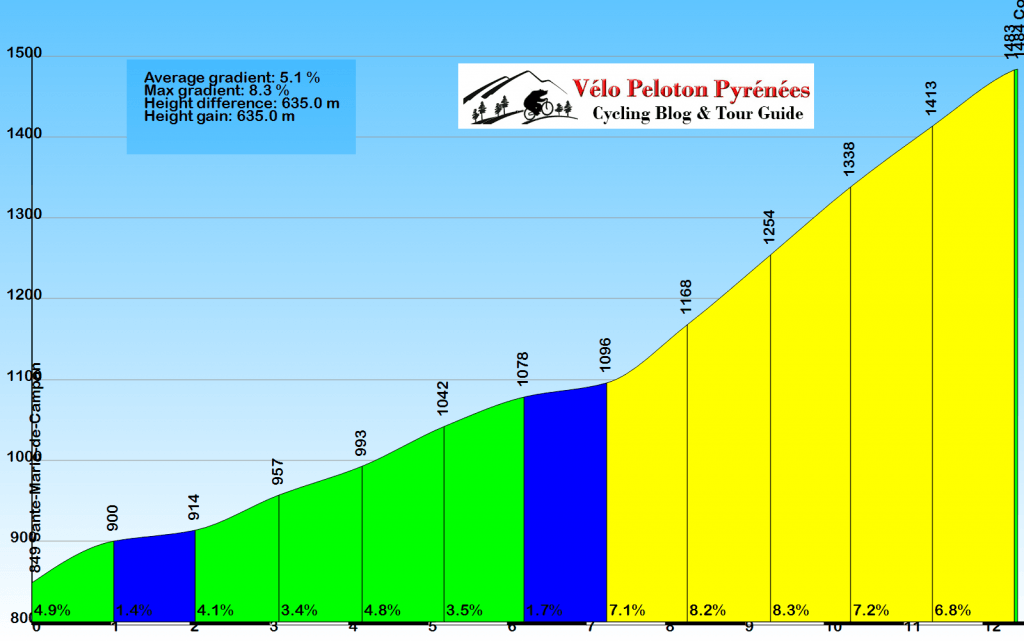 Cat 1 from Arreau (east), the climb is more difficult; over 12 km @ 6.5% gaining 779 metres in height. Road D918.
From this side the climb is more difficult than itâ€™s 6.5% average would suggest and it gets steeper towards the top. This road can get busy at the height of the summer tourist season. The first 2 kilometres are rather rolling, 4% and 3% respectively. The slope becomes more serious with one kilometre @ 8% after the junction with the small road on the left, leading to Aspin-Aure . This side of the Col dâ€™Aspin is characterised by the winding road and a mixture of hardwood forests and pastoral meadows. Five kilometres from the summit begins a steep kilometre @ 9.5%. The final kilometres have an average of 8% and a few portions of straight road.The views from the top back down the climb you have just done are fantastic. 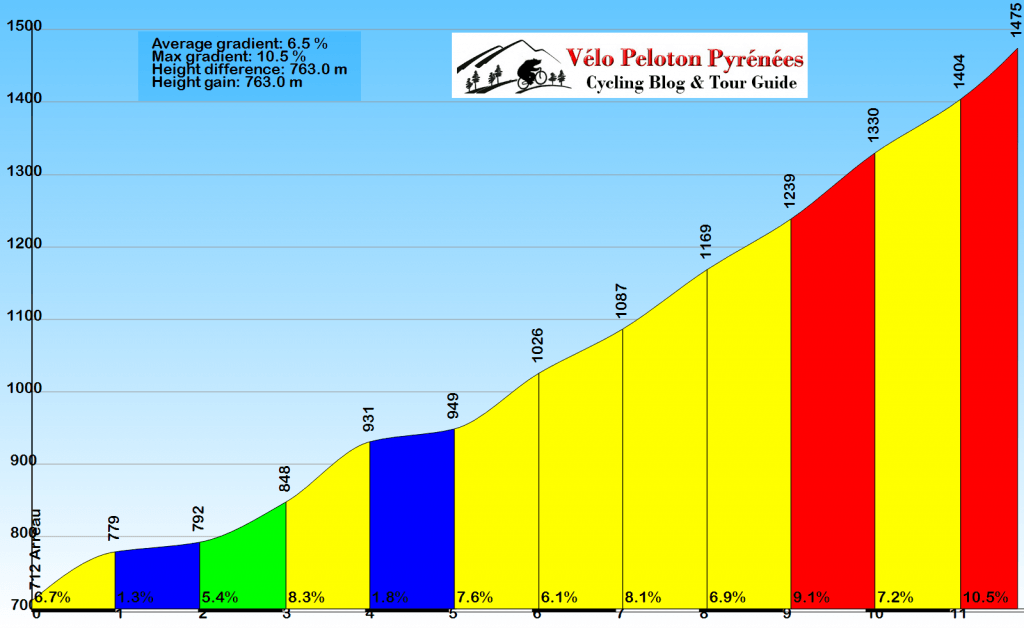