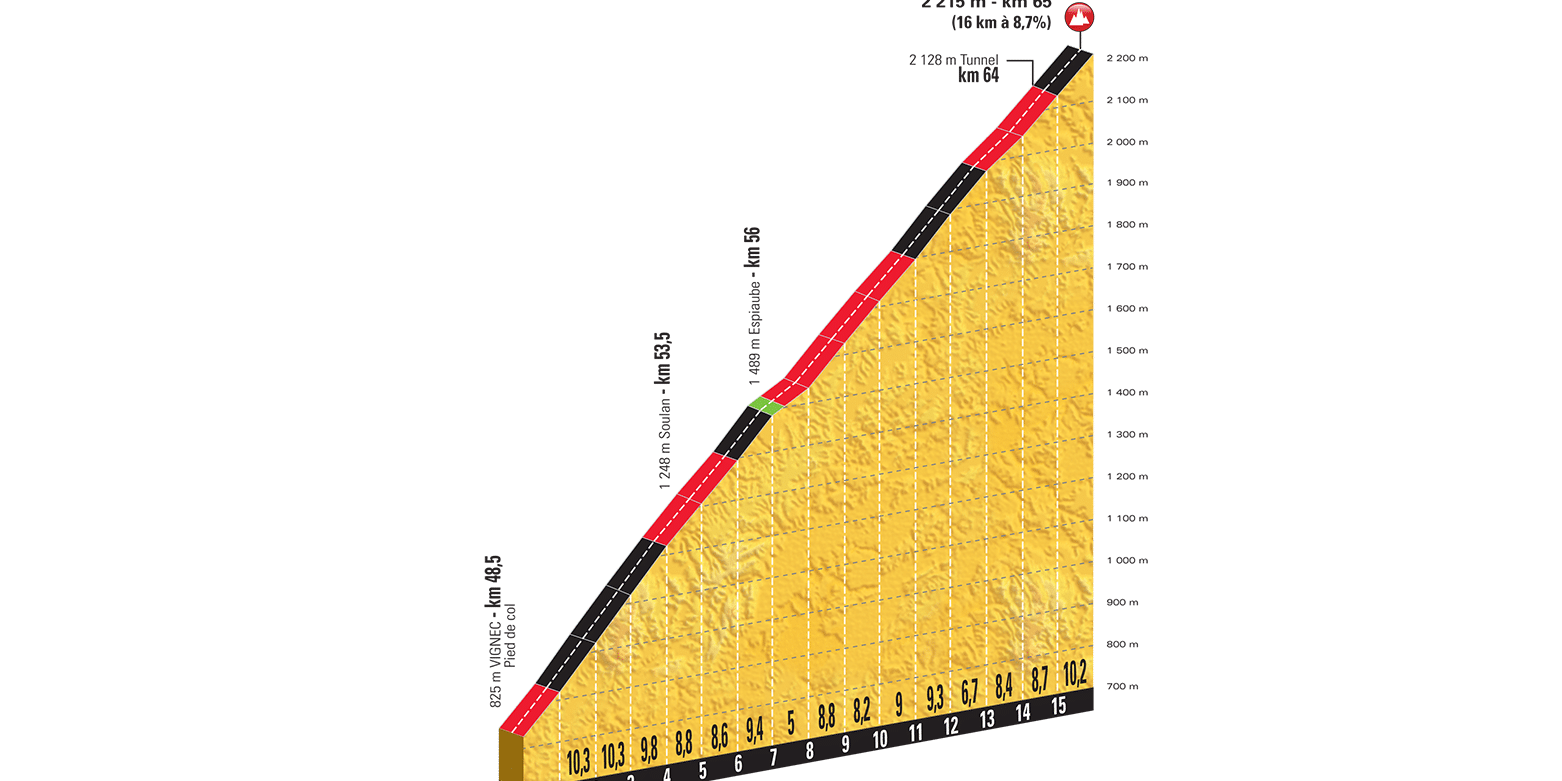 At 2215m altitude, this is the highest Tour de France finish in the French Pyrenees. The climb is a spectacularÂ 16km @8.7%.

The Col du Portet is located above the village of Saint-Lary Soulan in the Hautes-PyrÃ©nÃ©es and during the winter it is at the heart of the resort’s ski area.

With an altitude of 2215m above sea level, it is higher than the Tourmalet pass and therefore the highest road in the French Pyrenees used by Le Tour de France. It is thus a formidable challenge for cyclists, amateur or pro.Â Col du Portet is a longer, steeper and higher climb than Alpe d’Huez!

The arrival of Stage 17 of the 2018 Tour de France, will be the first time aÂ race has finished here. It was originally intended for that to be in 1982, but a disputeÂ between local mayors lead to its cancellation and the stage finished at nearby Pla d’Adet instead.

The climb starts at 810 m altitude at the exit of the village of Saint-Lary Soulan in Vignec and finishes at the top of the climb after tackling a section of switchbacks as well as passing through a short tunnel at 2215m. The road climbs forÂ 16 km at an average gradient of 8.7%,Â with some parts reaching up to 11%!

“The Portet is a giant, a Tourmalet and then some”, enthused Christian Prudhomme, director of the Tour de France, when he was presenting the stage. A real challenge for any cyclist!

A road bike is best for this ascent which entails a challenging ascent of 1500 m. During the climb, you can enjoy the view of Saint-Lary village below.

Arriving at the top of the climb, the end of the road, you can relax, take a deep breath and admire the landscape, an exceptional panorama of theÂ Pyrenees National Park, and your ownÂ awesomeness. Chapeau, as the locals say. 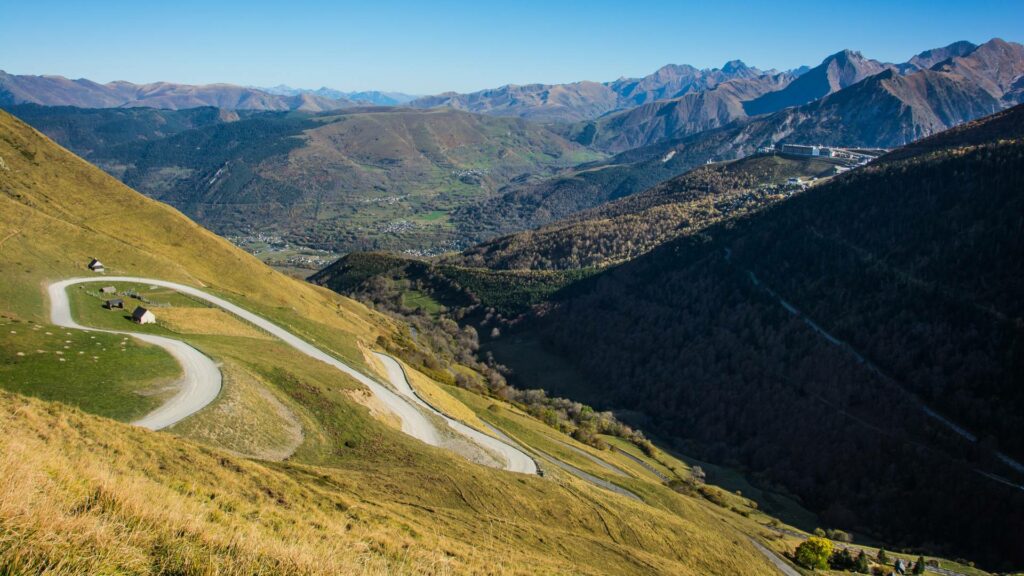 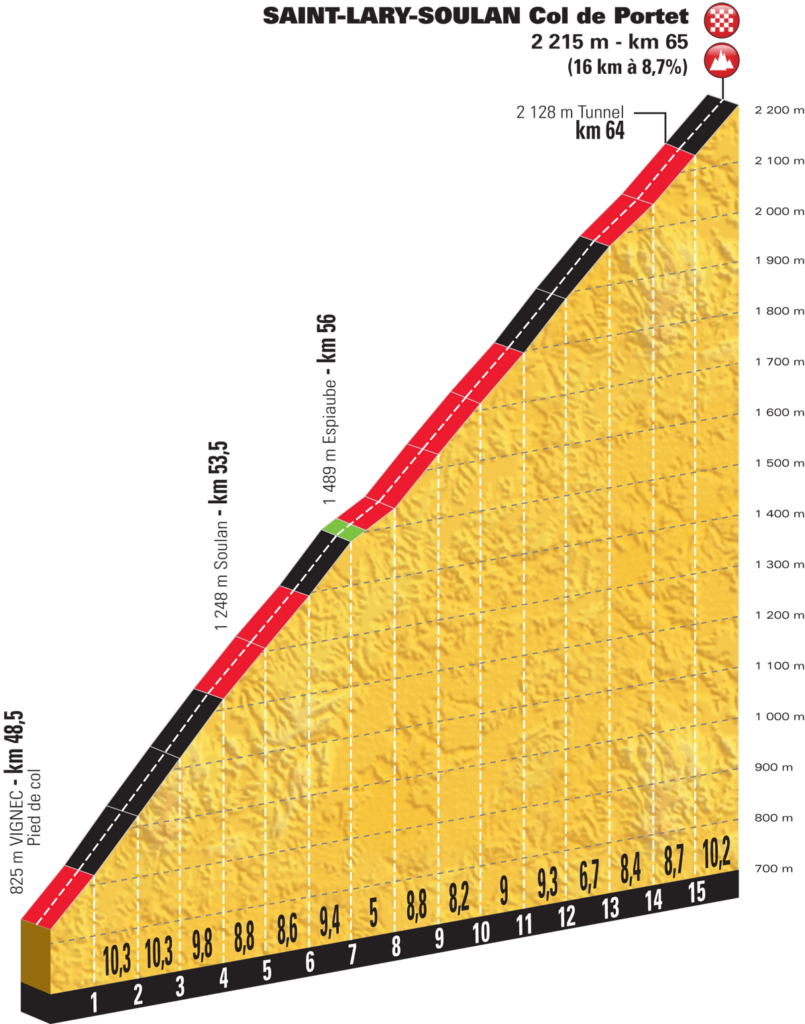