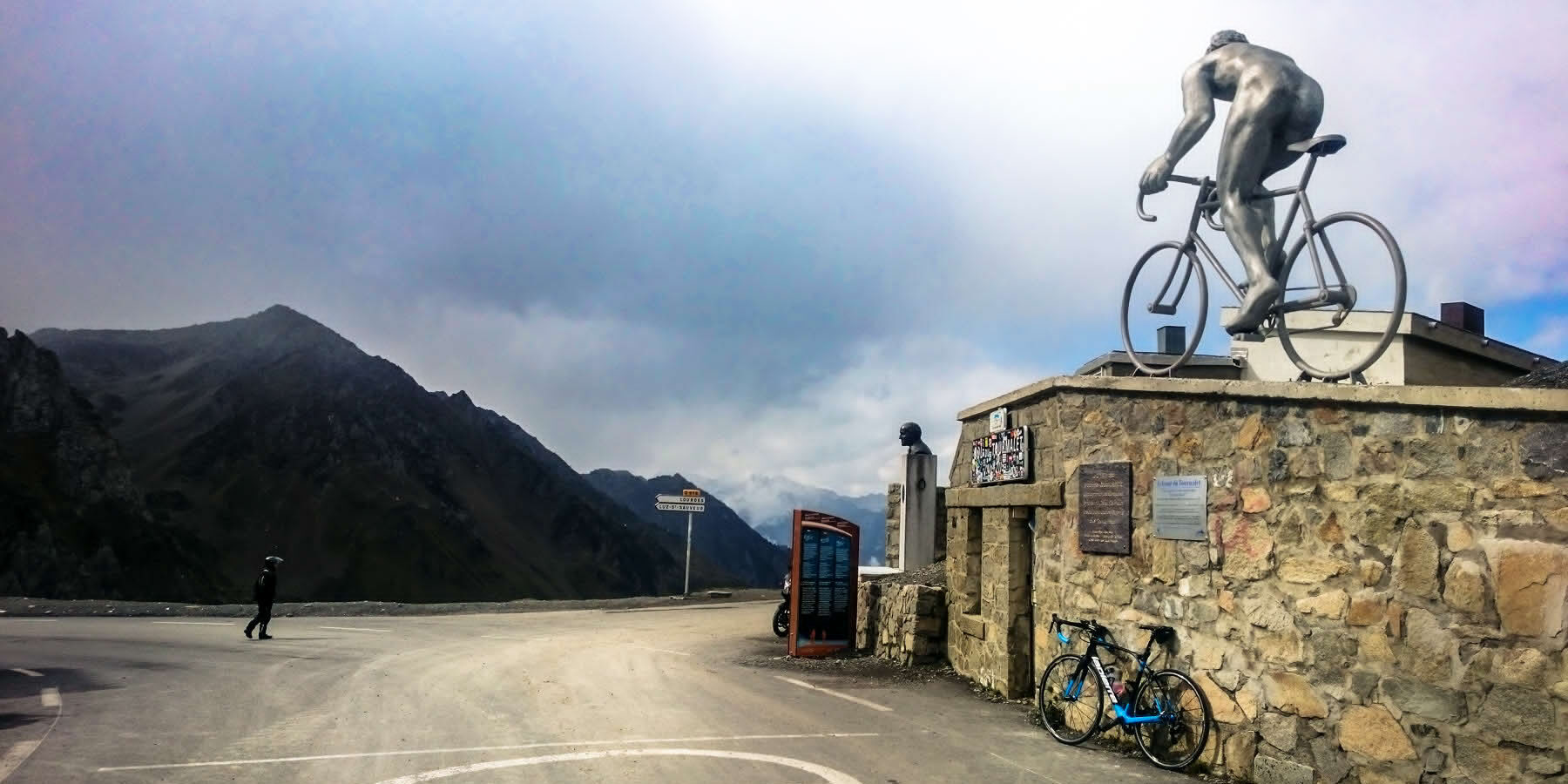 Col du Tourmalet and Col d’Aubisque have closed today and are expected to reopen in May 2016.

Col du Tourmalet is temporarily closed due to weather conditions.

Col du Tourmalet will be opened at 16:30 this afternoon. 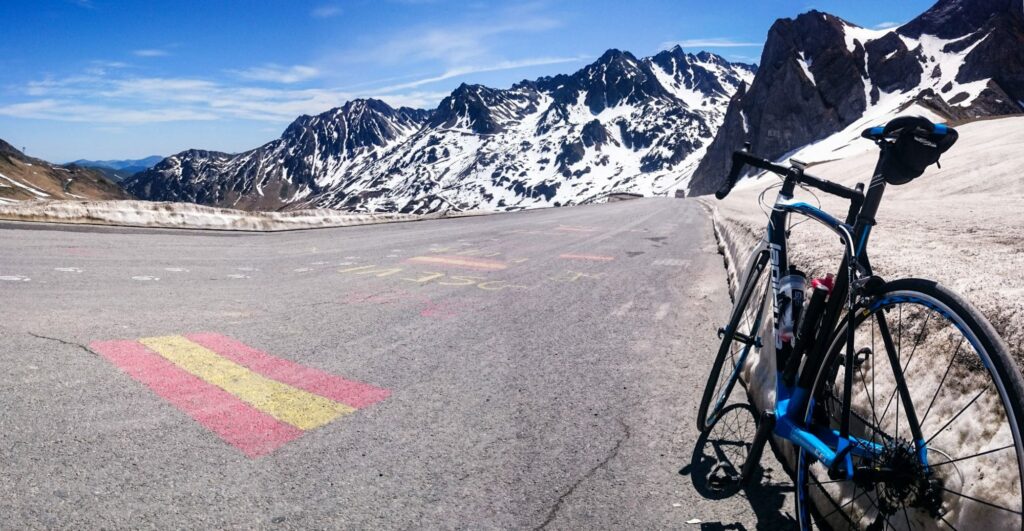 One of our Lapierre Pyrenees Bike Rental on Col du Tourmalet.

It’s not officially open, but it is passable. 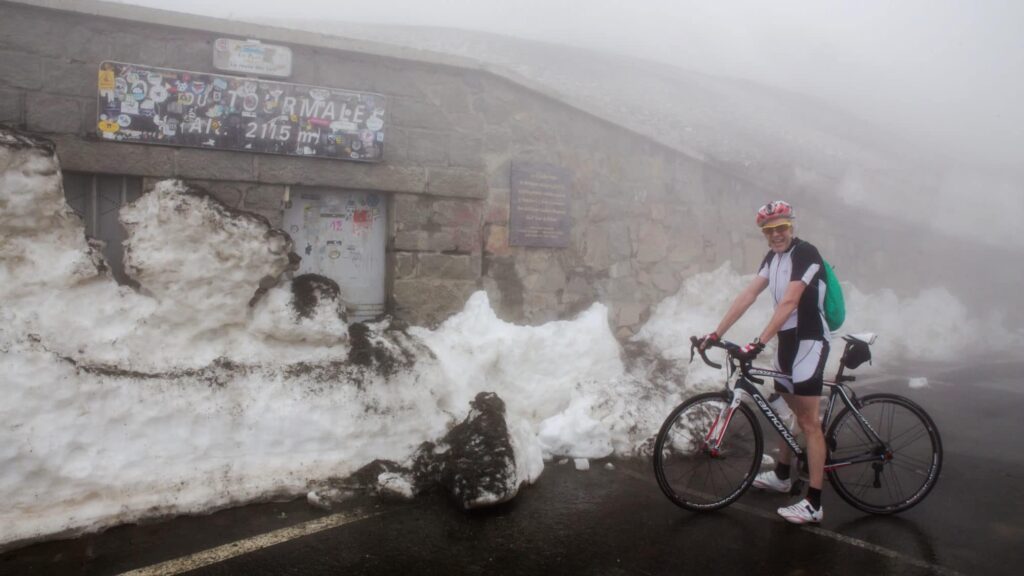 Not officially open but passable. Col du Tourmalet on Friday 8th May 2015

2km from the summit.

Photo Gallery from Col du Tourmalet on 8th May 2015.

Thanks to David (https://twitter.com/pyreneesworship) who sent this photo, the snow is clear on the western side of Col du Tourmalet up to 1.8km from the summit. 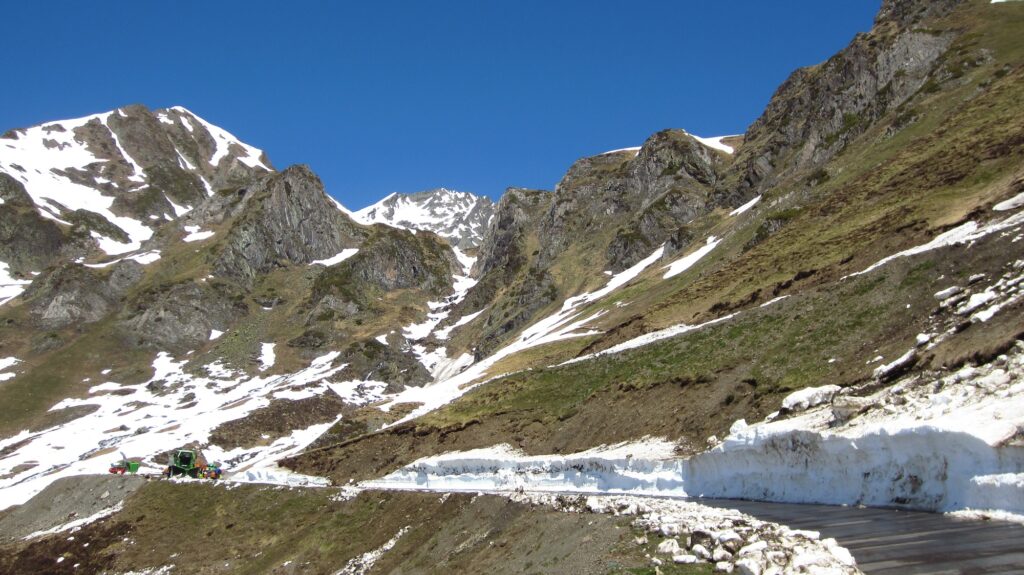 Clearing the snow, 1.8km from the summit. 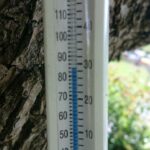 Temperatures down in the valley reached 29c.

There was very strong winds yesterday which carried warm air from the south, resulting in a rapid melting of snow. Wind was recorded at 156kmph on Pic du Midi in the afternoon. The Gave de Pau river rose by 1 metre at Lourdes. The snow ploughs are at work clearing the road and are in the last 3 kilometres. The weather forecast for the next week is very good with lots of sunshine and temperatures in the mid to high 20’s. Maybe it will be open by the end of next week 🙂

On the western side the snow has been cleared as far as Super-BarÃ©ges ski station, 4km from the summit at 1800m altitude. There is still plenty of snow on the road above the ski station, which is not expected to be clear forÂ at least 3 weeks.

Work on clearing the roads on Col du Tourmalet has started and then stopped due to fresh snow.

This picture taken from PyrÃ©nÃ©es Cycling Lodge yesterday morning shown the fresh snow down to 1400 metres. the forecast for the next week is good with some warm sunny days. 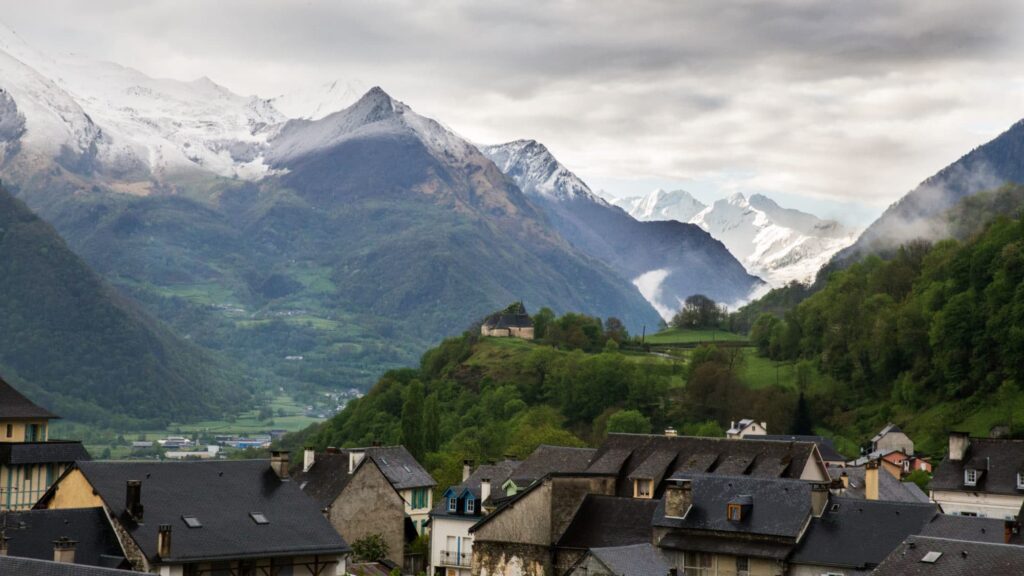 Fresh snow on the Pyrenees, view from Saint-Savin towards Col du Tourmalet.

There was fresh snow down to 1600 metres yesterday. Other than that it has mostly been warm and dry for the last few weeks. However there is still a lot of very compacted snow remaining from winter, consequently it is expected that Col du Tourmalet will not be open until the end of May or the first week in June.

The statue of Le GÃ©ant du Tourmalet will be returned to the col on Saturday 6th June, departing Pierrefitte-Nestalas at 09:30.

Road is blocked 4km from the summit on eastern side and 7km on west.

The ski station will close on 6th April.

Very heavy snow on the mountains this week. Reports are that there is up to 8 metres in places. This coming week is the last busy week of the ski season. After that, lets hope it’s a warm spring.

The ski season is currently in full swing. It’s the school holidays and this is the busiest week of the season. There had been a lot of snow this last month so all the skiers are very happy. We have had some spring like weather down here in Saint-Savin with temperatures up to 23c last week..

Col du Tourmalet is closed. The ski season opened at the beginning of December 2014 and is expected to finish in mid April 2015. Usually Col du Tourmalet opens in mid May.