Drinking Water is always a problem for cyclists in the heat of summer. To help out a bunch of French cyclists have started a database of List of water points that are good to drink from. It is a work in progress and is constantly being added to by an active community. It is an excellent website and you should bookmark it on your phone before setting off.Â https://en.eau-cyclisme.com/

Most villages will have a fountain or pump and some have more than one. It’s important to understand the signs. “Eau Potable” means it’s safe to drink, “Eau Non-Potable” means it’s not. If there is no sign then I take it that it is ok to drink. If there is no fountain, pump or tap to be seen, look for the boulodrome or the cemetery, there is almost always a tap to be found there. Any cafe, shop, garage, boulangerie or Marie (mayor’s office)Â will fill bottles for you, cycling is an important part of the economy here and businessesÂ are keen to look after you.

Knock on a Door

If nothing else is available just knock on a door and politely hold up your bottle and ask “Bidon S’il vous plaÃ®t”. Â Bidon means “Can”, as in tin can and is the generally used wordÂ for a cycling water bottle. Never speak English first, always have a go in French and then try English second. Most people will appreciate your effort and will be happy to speak English as long as you have triedÂ French first. Many people in the region will have English or Spanish as a second language and for some older people, particularly in the Basque Country in the west or Catalunya in the east, French may be the second language. I once had a bottle filled by a farmer in the Basque Country who had worse French than I had. Pyreneeen people are very friendly and you may find it difficult to get away as they will want to know all about you and your cycling adventure in the mountains.

Drinking from streams is a thorny issue. I have done so on a number of occasions with no ill effects. I would do it only as a last resort. The danger is runoff from septic tanks or animal wastes washed off the mountainside. Best to only do so when high up above where there are houses, so probably above 1200m and try and avoid if there are lots of animals grazing nearby. 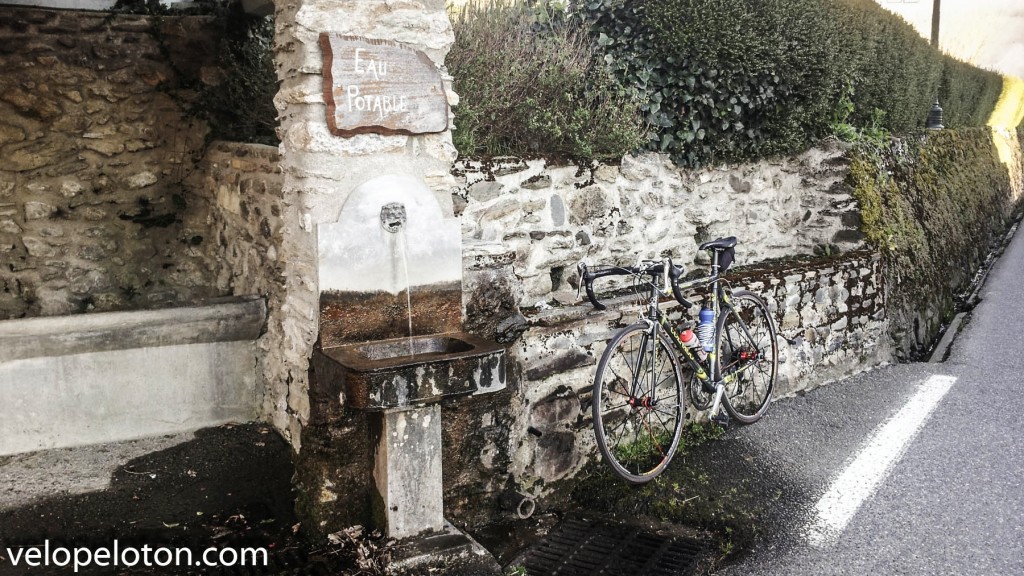