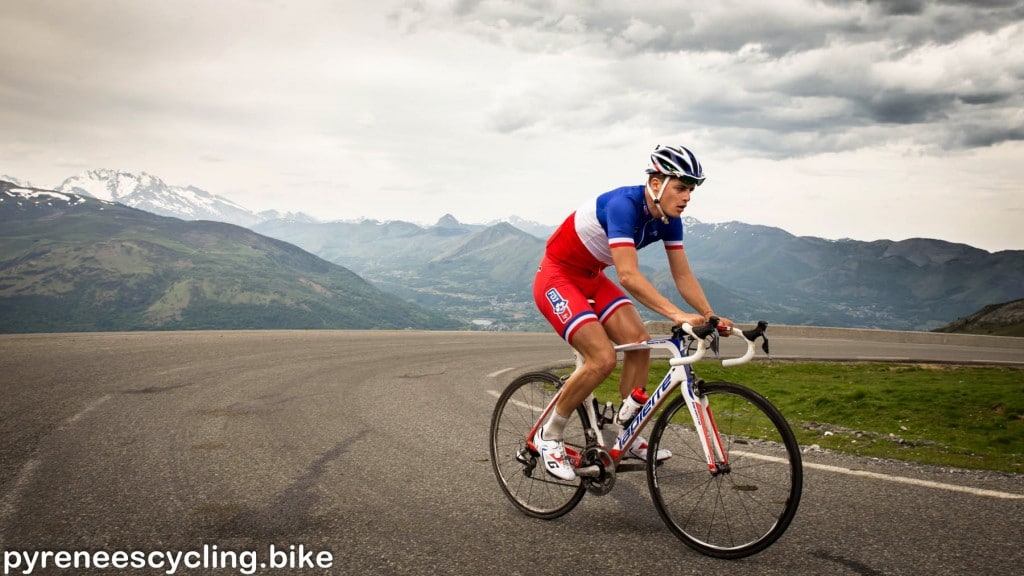 I planned to catch the Francaise des Jeux team this afternoon on Hautacam. My guess was that they would be starting the climb about 14:00. I was wrong! They were finished before that. Anyway I caught then right at the top and got a few photos.

Mathieu Ladagnous is from Nay, between Lourdes and Pau. I see him regularly out training. He always smiles and he always says ” Bonjour”. 🙂

Thibaut Pinot at Hautacam. Will he be the next French man to win Le Tour?

Hope to catch up with them again this week.