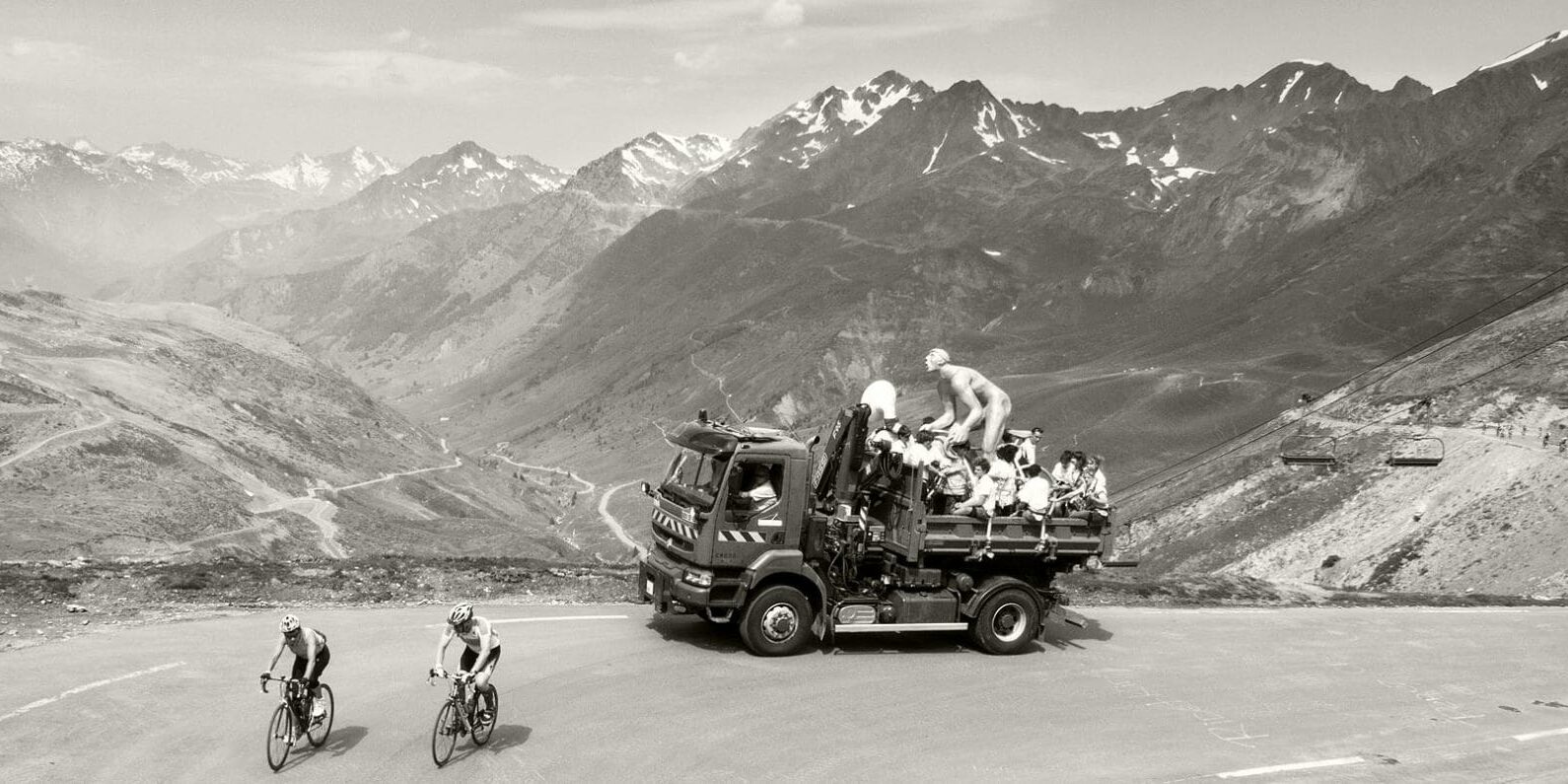 MontÃ©e du GÃ©ant du Tourmalet 2015 (Rise of the Giant) takes place on Saturday 6th June 2015. The famous statue of the giant cyclist on top of Col du Tourmalet, is removed at the start of October each year, to protected it from the extreme weather conditions at the col in winter. Think wind, snow, ice and minus 30c, and to stop skiers from skiing into it or riding on top of it rodeo style. Apparently there is nothing funnier!

Usually Le GÃ©ant is in Bagneres-de-Bigorre or sometimes Tarbes for the winter. On the first Saturday of June he is returned to the col. The route is alternated between east and west and this year he will rise from the west. The event starts at the end of Voie Verte (Green Way) in Pierrefitte-Nestalas at 08:00. The depart will be at 09:30 and should arrive at the summit before 12:00. This is a not to be missed event. Le GÃ©ant is on the back of a truck with a brass band and the expected 1200 cyclists ride up the Gorge de Luz onto Col du Tourmalet behind the truck.

There will be free refreshments at the summit, including local wines. 1200 cyclists with free wine on top of a 19km descent. What could possibly go wrong. Registration is free and there is also the possibility to have an early 20th centuryÂ mustache painted on your face at the start, if you’re that way inclined. A great local traditional. If you are in the area next weekend, don’t miss it. The event is funded byÂ Conseil dÃ©partemental des Hautes-PyrÃ©nÃ©es.